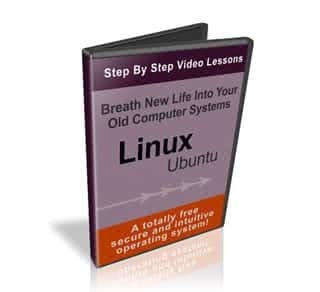 Move over windows. – there’s a new player in town! he doesn’t crash or give you blue screens. he’s as fast as lightning – and he is FREE!

You don’t have to use windows anymore – even if you are new to computers. there is a rock solid alternative called ubuntu that is wrapped in a windows-like package.

If you are new to computers you probably don’t even give a single thought to an operating system other than Windows X. (X being a version of Windows). You see it everywhere – Windows this and Windows that. (And sometimes it isn’t good things you are hearing. Right? Have you seen those PC and Mac commercials).

No worries about that. We have been conditioned that way for twenty years now. However people are starting to move away from Windows. Many people have realized that there are other excellent choices out there.

Now I am not going to sit here and bash Windows. I happen to like Windows 7 very much. What I am going to tell you about today is a FREE alternative to Windows that is taking off in the marketplace. It is called Ubuntu.

Ubuntu is wrapper around the Linux operating system which has been around far longer than Windows or personal computers. There have been many thousands, if not millions of applications developed for Linux, and since it is open source the operating system and applications are free. That is hard to beat.

There is just a ton of free software that enables you to do pretty much anything you can do in Windows. For example the Open Office Suite.

One of the best things about Ubuntu is that you can use it on older computers and make them into relevant machines again as they will run the software and surf the net at lightning speed. This is because it is a light and highly optimized operating system.

I haven,t checked this out myself (because I don’t have a 386 machine) but some people claim to be running Ubuntu on 386 processors and getting good speed out of them.

You can install Ubuntu and Windows at the same time and switch between the two when you boot the machine. So go ahead and give it a try!

I will show you exactly how to set up Ubuntu on your machine and get it running smoothly. All you have to do is follow the simple instructions in my video series.

You have found a resource that will walk you through the process of installing and using Ubuntu step by step. Get started today!